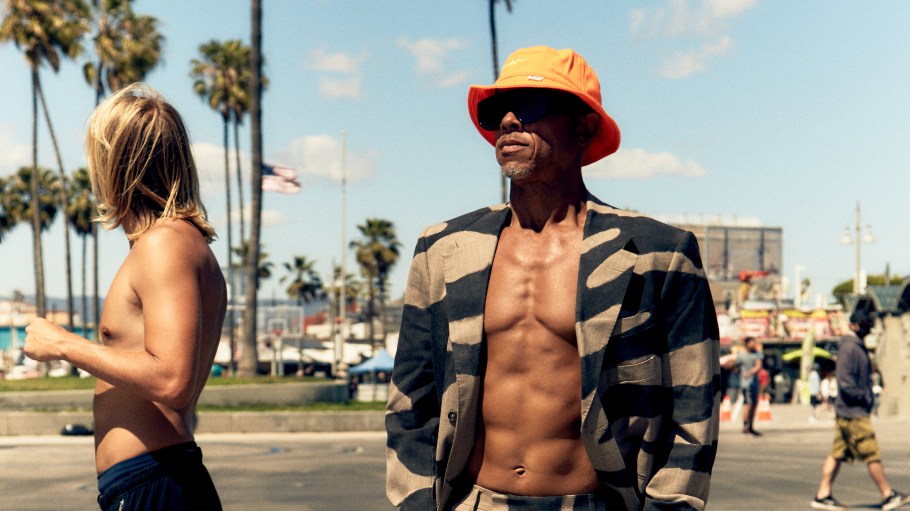 The designer, for whom Paris has been home for the past five years, has chosen to make the move back to his native California.

With his Phipps brand in tow, the 2019 LVMH Prize finalist will be moving to Los Angeles in July after five years in Europe and a decade in New York, where he studied at Parsons School of Design before joining the Marc Jacobs men’s team.

“It’s just the right moment for me personally,” Phipps, who grew up in San Francisco, told WWD. “I didn’t go back to California for three years, basically I was in Europe for the entirety of COVID-19 and even before that, I was so busy with the business that I didn’t have time to go back.”

After such a long absence, going home again a year ago seeded the idea for the move. “I went back and was just hanging out at my mom’s place and I was just, ‘God, this is so lovely.’”

With its growing fashion scene, L.A. was a natural fit for the brand, he said. “I did New York for 10 years, and I’m not in a rush to go back there. L.A. has that adjacency to the industry, a little less so, but I think more than people realize, and it’s growing exponentially in this crazy way,” he said. “Our best community is in Los Angeles. We have a small but growing and very passionate group of people that support the brand.”

Phipps is stepping outside the conventional fashion ecosystem in more ways than one, choosing to present his spring 2023 collection for both men and women (his second including women’s designs) on Wednesday outside the seasonal calendar with a documentary style video shot around Los Angeles with non-professional models and featuring archival footage of the designer as a boy.

“One thing that happened with COVID-19 that started the whole conversation was finding other ways and means to communicate on the brand,” he said. “I would have never dared to do this three years ago, even a year ago. I was in this system, you do things during fashion week, and don’t do anything outside of that. Before COVID-19, you did fashion shows, and that was the goal.”

With a collection entitled “Origin,” like his first, the designer’s aim was to home in on the label’s core principles, revisiting past designs and making them “more interesting, maybe easier, better quality,” he summed up. Camouflage prints — an exploration of identity, according to Phipps — featured strongly, worked as a background or blurred into a Hawaiian shirt hybrid. These were combined with items like patchwork denim or upcycled cargo pants, lots of shorts and chunky plaid shirts true to the label’s colorful utilitarian ethos.

Among the expanded offer for women were a miniskirt crafted from the waistbands of old sports shorts and halter dresses made from old T-shirts.

Collaborations included a capsule made using deadstock fabrics and vintage garments from Woolrich, as well as a tie-up with the Smokey Bear Wildfire Prevention Campaign on a lineup of fun pieces, with a portion of sales going to the USDA Forest Service.